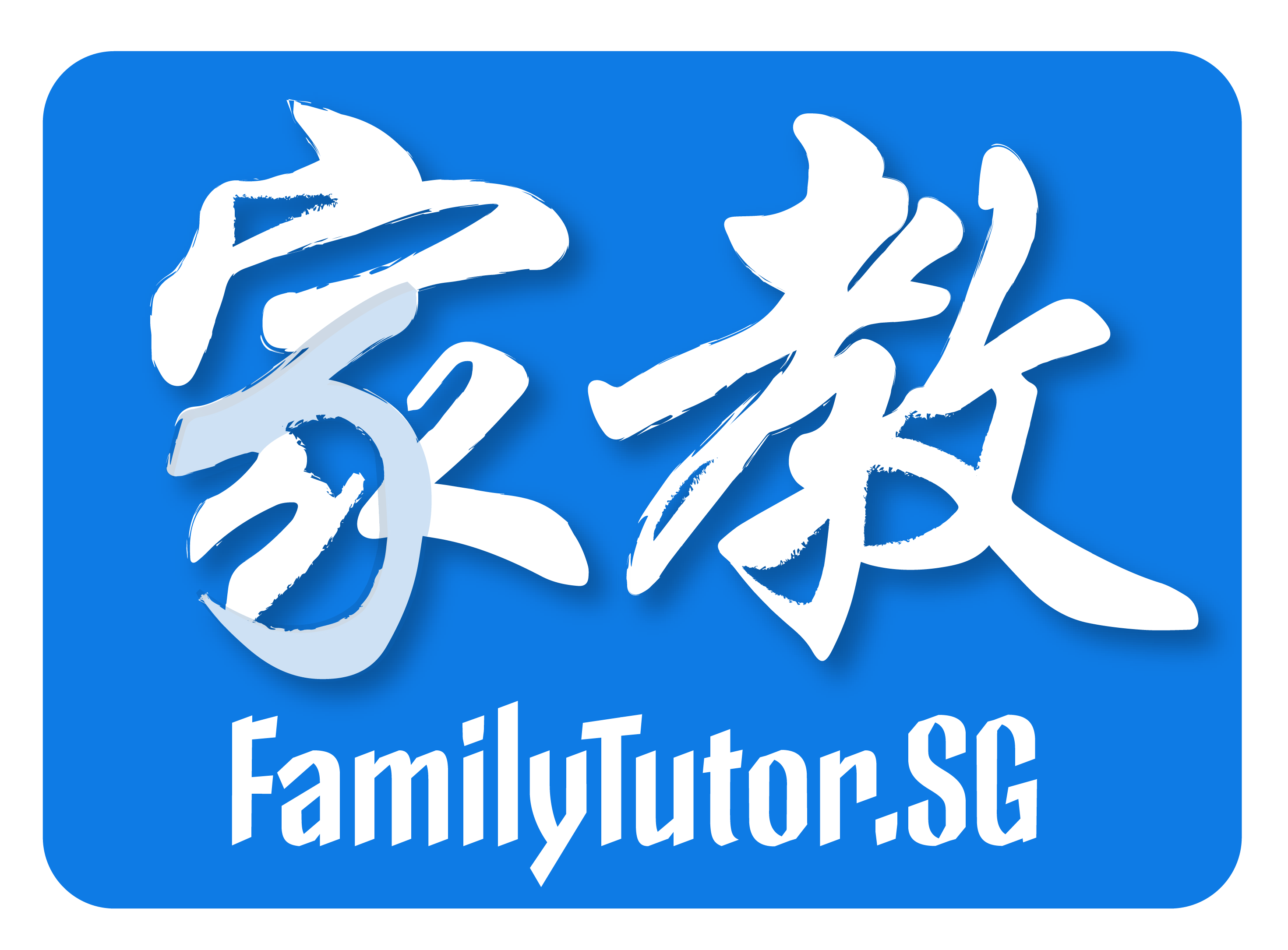 Dealing with Bad Habits Your Child Picked Up from Peers

At some point, parents must’ve looked back to the times when their children were still young and little. While it may be a proud moment to see them grow up, parents may think it was easier times when they were still dependent on their parents. This is especially true when it comes to their social circle. When they were still little, parents have more control over their social circle and it was easier to keep an eye on the people they are interacting with.

However, as the child grows older and they progress to higher levels in education, they will start to become more independent and socialize with different groups of people. They will start to make their own friends and talk to many people their parents are not familiar with. And while this is a good thing and friendships are important for growing people, there’s also a chance that during this stage, they may be exposed to bad influences.

Suffice to say, no parent wants their child to be part of a thug group or a troublemaker that partakes in shady activities. But, as the child is only starting to get independent, they may not be so open with their parents taking charge of the situation. Steering them back to the right path may not be an easy task and it may bring you to wonder what can you do as their parent. Well, worry not because in this article, we’ll be discussing ways for you to deal when your child is picking up bad habits from their peers.

As your child grows older, you will not be there to know their every move. With their development, they are also given their first taste in independence. But how would parents know when their child is under bad influences? The most obvious sign will be when they start to break their previously cultivated good habits and they start to act out of what is normal for them. Other habits that show they are under bad influences can be picking up smoking and drinking alcohol, increased usage of vulgar words and phrases, high levels of aggression towards their parents, sneaking out past bedtime or curfew, and many others.

However, it should also be noted that some habits aren’t picked up from their friends or classmates. Some habits can also be picked from constant exposure to relatives or family members who do the same.

What to do if the child is getting bad influence

Now that you know how to identify if your child is getting bad influence from their peers or not, it’s time to look at what you can do as a parent to help them. 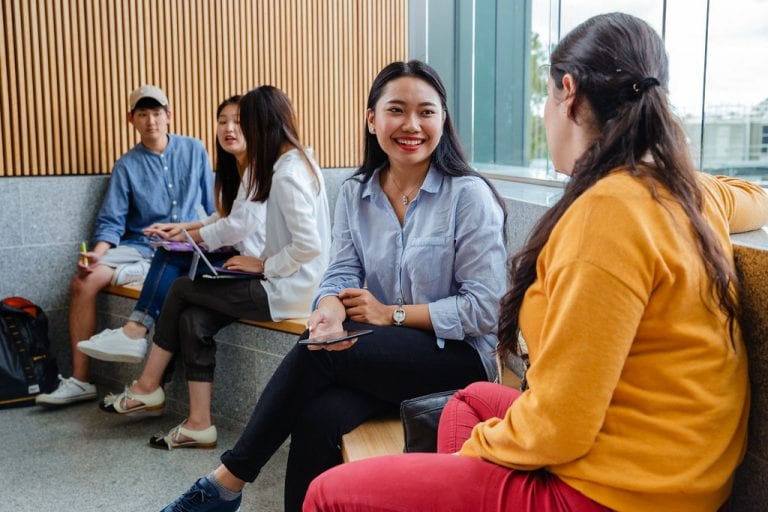 1. Know who they are hanging out with

Parents also should discount online friendships. With the advancement in technology and the internet, they can meet new people who aren’t from around the neighborhood or their school. Your child can meet with all kinds of people virtually and since they can also communicate virtually or through video calls and chats, it’s not really that much different from meeting them physically. This may also mean why you can see a change in their behavior even when the child doesn’t go out often.

However, no one wants their parents to snoop around their stuff or break the trust between them. For parents to step in and know more about their child’s friend group, you have to be more subtle and still respect their privacy. Say, if they are meeting with their friends, you can volunteer to drop your child off where they are hanging out. This way you can meet your child’s friends and see the way they display themselves. Judging by their looks and how they carry themselves may not be enough to gauge one’s personality so you can also suggest inviting your child’s friends over for dinner or some games. This will allow you more time to see what they are like and even speak with them.

2. Ask about their friends

Communication between parents and child is very important, especially when they are growing up. By speaking frequently and being open to each other, you will get to know what your child is doing and also keeps the bond strong throughout. This is why, as parents, you should exercise communicating frequently with your child so they will carry this along as they grow.

However, if you fear being labeled invasive by your child for asking blatantly about their friends, you can take it down a notch by not directly asking about them. Instead, opt for questions like how their day went with their friends. When they start to talk about their day, you can also try to get them to describe more about their peers. When a child mentions behaviors from their peers that are not necessarily deemed proper, you already know which friends your child should avoid hanging around with.

3. Be honest with your opinions

After you hear about your child’s friend’s description from them, be honest with what you think of them. Let your child know about your honest opinions on how you feel about them hanging out with the sort.

However, giving an honest opinion doesn’t mean that you should criticize your child’s friend or the child’s choice of friends. This will only lead to a possible argument and hostility from the child. If this happens, the child may feel a strong sense of distrust and will be more prone to hiding things from you. They are still young and they may also try to defend their friends. Instead of criticizing, explain to them why you feel that way and help them understand. There’s no guarantee that no arguments will break out but in cases that there will be, avoid speaking out of anger. You may risk saying something you don’t mean and may ultimately hurt your child’s feelings.

4. Encourage your child to trust their gut feelings

One’s instincts usually don’t fail us and parents should be able to teach their children to learn to trust and go with what their gut is telling them. This can be especially useful for the child when they are in a situation when they have to decide immediately. As an example, if your child is offered to skip classes by their friends to go out with them, tell them that they already know which is right and wrong and to do what feels right to them.

Teaching them to trust their own judgment at a young age will give them a sense of independence and they will also see that their parents trust them to make their own choices. When they grow older, it will be easier for them to decide what to do when given a choice between right and wrong based on their gut feelings.

5. Let the child know of your expectations

Parents now may be too busy with work and making a living to make sure their children have what they need. But often, they may be too tired at home to communicate with their child. And since the child is on their way to growing up and discovering new things during this age, they may feel lost and confused. If you can’t make time to talk with your child, they will seek communication elsewhere and they will probably get it from their peers.

Your child needs guidance during this time and it’s better they get it from their parents than their peers. So, you should always find the time and energy to discuss with your children your expectations for them such as getting good grades and being respectful and polite. The time and energy you may spend during this time will surely pay off and there will be less worrying for your child’s future. 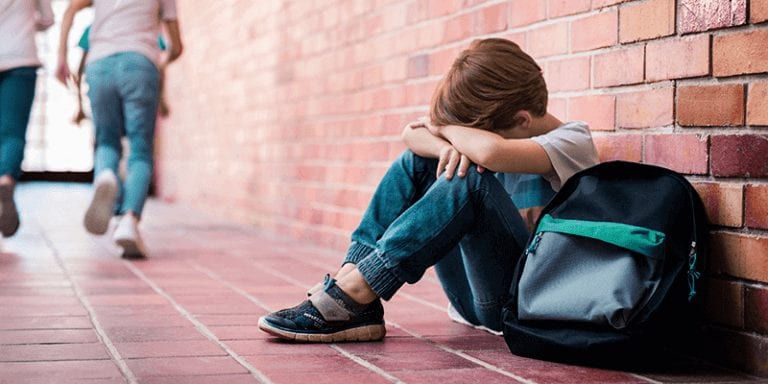 Disciplining a child is a tough topic to talk about and a touchy one at that. There are many opinions on which action is best when disciplining however, the best way to go about this is to make sure the punishment is based on what they have done.

For example, if the problem is milder and less destructive such as being caught talking in class with their friend, you can speak with your child and give them a warning of a heavier punishment if they are caught doing it again. If the case is heavier such as sneaking out with their friends, you can ground your child and impose a curfew for them to follow. Disciplining your child should depend on what the situation calls for. This will help make them understand the consequences of their actions.

7. Coordinate with the teachers and tutors

When the situation gets out of hand and the child continues to show changes in behavior, it’s time to call in a meeting with their teacher. You may enlist their help in disciplining your child. Teachers are exposed to all types of students, all from different backgrounds and with different characters. They also have a lot of experience in dealing with misbehaving students. Schedule or call a meeting with your child’s teachers and try to get some advice and help. As such, since they will be in school, they can also help in disciplining and watching out for them when they are in classes.

If you are too busy with work and still want to help your child and steer them on the right path, you can also hire a home tutor for them that can provide them with good and useful influence and can also act as their confidante. Home tutors are also trained to form a bond and share good values with their students. This way, you can also make sure that your child is in good hands.

Carelle is a teacher who has been through the ups and downs of the teacher and learner life. She wishes for every learner to gain educational satisfaction that will help embody the people they want to be in the future.

Tell Carelle Below What You Think About Her Post!

FamilyTutor is an established home tuition agency in Singapore! We match suitable home tutors for our clients not just to improve the students' academic grades, but also to build a strong rapport and meaningful relationship with the students and even the their whole family. FamilyTutor put every student in good hands! 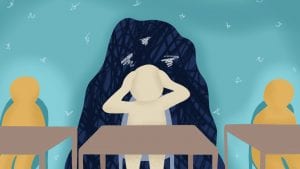 Reasons to Discourage Cramming in Kids 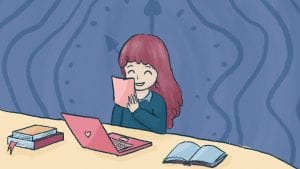 When Should Children Get Phones?

FamilyTutor is an established and the people’s favourite home tuition agency in Singapore! We match a suitable tutor for you not just to improve the student’s grade, but also to build a good rapport and meaningful relationship with the student and even with the student’s whole family! With FamilyTutor, every Singaporean son & daughter is in good hands.